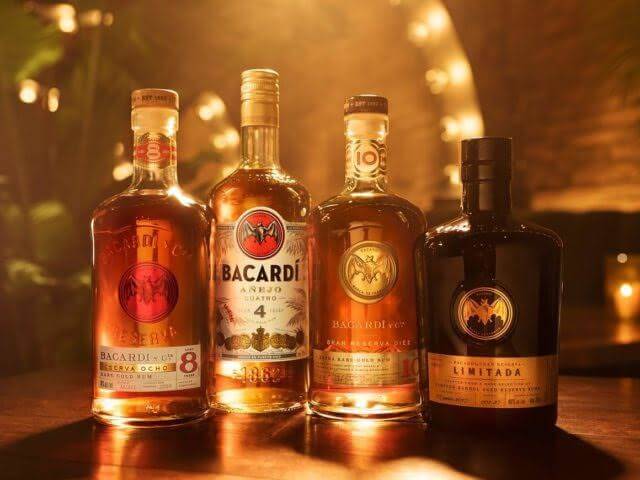 Rum is a distilled alcoholic drink made by fermenting then distilling sugarcane molasses or sugarcane juice. The distillate, a clear liquid, is usually aged in oak barrels. Most rums are produced in Caribbean and American countries, but also in other sugar producing countries, such as the Philippines and India. Rums are produced in various grades. Light rums are commonly used in cocktails, whereas "golden" and "dark" rums were typically consumed straight or neat, iced ("on the rocks"), or used for cooking, but are now commonly consumed with mixers. Premium rums are made to be consumed either straight or iced.