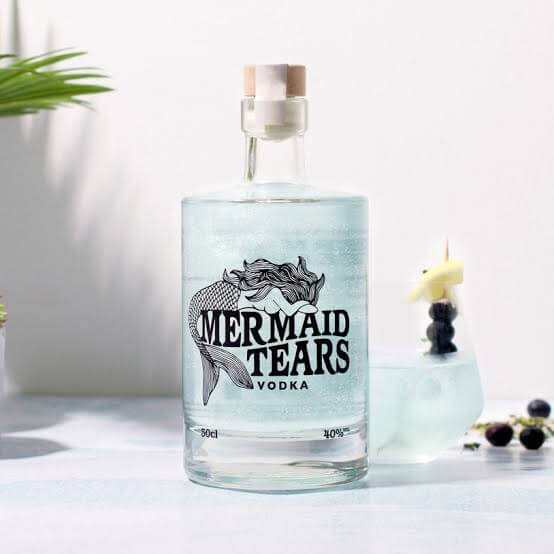 Vodka is a clear distilled alcoholic beverage with different varieties originating in Poland and Russia. It is composed primarily of water and ethanol, but sometimes with traces of impurities and flavorings. Traditionally it is made by distilling the liquid from cereal grains or potatoes that have been fermented, though some modern brands use fruits or sugar as the base.Vodka is traditionally drunk "neat" or "straight" (not mixed with water, ice, or other mixers), although it is often served freezer chilled in the vodka belt of Belarus, Estonia, Finland, Iceland, Lithuania, Latvia, Norway, Poland, Russia, Sweden, and Ukraine. It is also used in cocktails and mixed drinks, such as the vodka martini, Cosmopolitan, vodka tonic, screwdriver, greyhound, Black or White Russian, Moscow mule, Bloody Mary, and Caesar.